I find myself at the present time unexpectedly pushed back into regular ministry to three congregations, with all the joys and stresses that entails. One of the latter is a mistaken reaction from people outside the church to my conduct of public ceremonies like funerals or weddings. They mistake my blunt humour for entertainment, and tell me untruthfully that if their minister was like me they’d come to church. I know they are lying even according to their notions of what  coming to church might mean, but my greater concern is with those notions, which imagine Christian faith as a kind of spiritual top-dressing for the lush lawn of their lives. Jesus was brutal towards people who liked his style and insincerely promised to follow him; and doubtless with them in mind, he told his disciples not to “give holy things to dogs or throw pearls to pigs.” 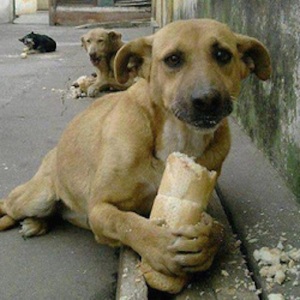 In many decent people these words evoke a sharp intake of breath. Because they are abusive, judgmental and divisive, some might even say, self-righteous, altogether the opposite of what we might expect from Jesus. For that reason, amongst others, I think they are genuinely the words of Jesus and not of his followers. There is a prejudiced edge to them which chimes with Jesus’ initial insult to a Canaanite woman who came asking help for her sick daughter. ( “It would be wrong to take the childrens’ bread and give it to the dogs”) In that case Jesus learned from the woman to reject prejudice. In this case, I think Jesus may just be using a piece of popular wisdom about giving people gifts that they are not capable of appreciating. The great and terrible truths of faith are not for people made unclean by their own relentless superficiality or selfishness. Or rather, they are for them, but they are not ready to receive them to their benefit. They might even seize upon them without changing their lives while claiming to believe them. That is to say, the evangelical announcement of God’s goodness and the call to turn towards it, are always relevant; but the inner realities of worship, prayer, and scripture are only for those who know how precious they are.

The difficult words also go with Jesus’ command to make no public display of piety, in prayer, or in good deeds. These are only for the eyes of the “Father who sees what is done in secret.” Dietrich Bonhoeffer, the German theologian killed for his opposition to Hitler, spoke of the need for believers to have a secret discipline, communal and personal routines of relating to God, which, like sex, would be private and not for public consumption. The public expression of their faith, he said, should be simply right action.

In these recommendations of Bonhoeffer the tradition of Christian monks and hermits is recovered and renewed. He admired their disciplines of prayer, scripture, poverty and obedience, but not their complete withdrawal from the world. The whole point of the discipline for Bonhoeffer was to equip the believer for faithful action in the world and for the world.

But keen eyes will see I have wandered away from the accusation that Jesus was guilty of abusive lanaguage when he labelled people as dogs or pigs. I concede that the words are pretty robust and might not be approved by a modern bishop or church assembly. But Jesus’ language is often marked by vividness, exaggeration and humour. He wants his followers to see the danger of people who are no better equipped to know the value of holy truths than dogs to appreciate sacrificial leftovers or pigs, pearls.

Many are called, he said, but few are chosen. This saying of Jesus relates to an old Jewish story that God offered his Torah to all nations but only the Jews took it up. In the same way Jesus’ mission invited all to receive God’s goodness, but only a few wanted it. Most people have only scorn for  what believers consider as holy or as pearls of wisdom. True religion of any kind is a minority sport.

Mind you, pigs and dogs are my favourite animals.