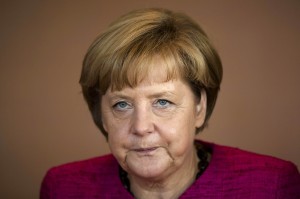 My heroine ( or should I now say hero?) of the week is Angela Merkel. In a courageous speech she refused to regret her policy of welcoming immigrants from Eastern Europe and the Middle East, even in face of a number of criminal actions and one terrorist attack by people of immigrant origin. She acknowledged that there had been criminal behaviour by immigrants while pointing out that it was what you might have expected given the huge numbers involved. Immigrants were in her view no more criminal than   other German citizens. She stated that she still believed her policy of welcome was morally right, was for the benefit of the world, and could be made socially beneficial in a strong civil culture like Germany. She addressed the concerns of her citizens, and of her political  opponents, without giving an inch, defending an unpopular policy by putting her own weight behind it. She was saying, you only get rid of this policy by getting rid of me.

How refreshing to hear a politician setting aside the howls of the press and the whispers of focus groups, to do the thing for which they were elected: to lead. Political  pundits tend to be wary of genuine leadership. A politician who rides roughshod over the wishes of the people may be riding for a fall. And where does strong leadership stop and Erdoganism begin? Doubts like these together with the kind of monstering a strong leader will get from social media, weaken all but the most determined, and bring about the ludicrous politics of the U.K. where nobody who disagrees with the Sun and the Daily Mail is likely to win power. This means that any policy that might disadvantage the richest and most powerful interests is very unlikely to be implemented.

“Ah, but you have to listen to the people!”

People accuse the Labour Party of not listening to working peoples’concerns about immigration. That’s what lost the Brexit vote, they say. Well, the Brexit vote was won in Scotland without any pandering to prejudice. You can agree that that the English working people have been disgracefully treated by Government without agreeing that its woes are caused by immigrants. There are in any case large numbers of that class who were only rescued from their admiration of Mrs. Thatcher by Tony Blair and New Labour. Politicians who want to engage with working people and gain their support for policies that advance their interests, have to tell them that immigrants are not the problem. Only that sort of honesty will clear the way for genuine social justice.

That’s why Angela Merkel is an important role model for politicians. She based her immigration policy on a thorough understanding of how  a vast refugee problem could be tackled. She believed that her chosen response was right. And her robust defence of what she has done, has pushed German citizens to be their best and to do a difficult thing well. She puts to shame all the mealy-mouthed good -time guys and gals masquerading as leaders elsewhere. The way to defeat the farageous Le Pens and all their tribe, is to show that justice works even if it demands some sacrifice.

Of course, Mrs Merkel grew up in the GDR where she saw that only principled action could withstand the pressure of the Stasi. As the daughter of a clergyman she also recognised how the faith and morality of the church could stand firm in the face of threats and contribute to the fall of the communist state. She is unlikely to abandon her convictions because they make her unpopular. She knows how to lead.