In a competition for moral superiority Messrs Putin and Erdogan would be probably be beaten into last places by the great white shark, so it’s unsurprising that their combined bellicosity has led to the death of at least one Russian pilot. 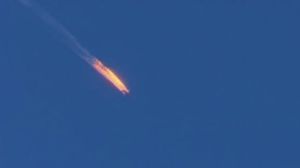 Mr Putin of course is blessed by the Russian Orthodox Church as a champion of Christendom, and has delighted it with his recapture of the Crimea and armed interference in Georgia. Doubtless his persistent disrespect for Turkey, an increasingly Muslim country, and ancient enemy of Christendom, will have done nothing to reduce its admiration for him. Yes, of course, he has been at pains to support Mr Assad, a Muslim thug who still rules Syria, but even the church understands that thugs have to stand together sometimes.

From the standpoint of Christian peacemaking, not much can be expected from Mr Putin, a former KGB agent, but something better might be expected of the Orthodox Church, which pays at least lip service to the teaching of Jesus, though it seems to have lost the bits about love of enemies, refusal of violence and the duty of peacemaking. I have personal experience of hearing an Orthodox priest in Bosnia defend the ethnic cleansing of Muslims in that country. A racism which favours Slavs and a religious intolerance which detests Muslims have become rooted in some parts of this ancient Church; and its sister churches do it no favours by not pointing this out.

But then we have to look at Mr Erdogan and his henchmen. Let’s assume that the Russian plane did ‘violate Turkish airspace.’ We should ask first of all about the meaning of “violate” which refers to a physical or sexual assault on an innocent person. Try as I may, I cannot see how this phrase can be applied to a Russian plane on the way to Syria. Are the Turks suggesting that the plane was offering any threat of violence to anything Turkish? It would appear not, so we must conclude that the word “violation” is poorly chosen. 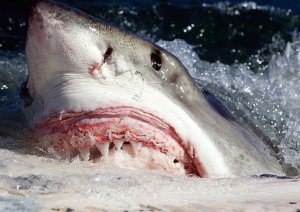 But I’ll be reminded by those who know such things that this was a violation of “Turkish airspace”. We’ve got so used to nonsense of this kind that we should stop and think. Can a nation own the air above it? International law would appear to say so, and sure, given the need for air traffic control, the concept makes some sense. Any nation will want to ensure the safety of air traffic, and also stop any aircraft or missile that might harm its citizens. But the Turks admit that the Russian plane was not causing danger to other air traffic, nor threatening an attack on any part of Turkey. So its  offence was simply that of straying into air owned by Turkey.

Now if someone clumsily blunders into my personal space I might expect an apology; and if he was doing it deliberately I might push him away or call a policeman, but to react by wiping him out would seem a little over the top. Just so, this Turkish action reveals how itchy the fingers were that fired the missile.

The decision to terminate lives as a warning against lack of respect for boundaries, reveals the hair-trigger aggression fostered by the way we do international politics, which is more about the macho posturing of leaders and governments than the safety and welfare of human beings

Neither air nor land nor sea belongs to nation states or terrorist groups. The earth is the Lord’s who has given it to his creatures. Governments may administer parts of it if they remember that they must serve God’s creatures and recognise the limits of their power. When they serve merely their own interests and recognise no limits, they become toxic and a danger to all.

If the  Christian Church throughout the world were united in this teaching, it might do some good.