In my last blog I gave some information about what I mean by a “house of God” and the critical disciplines derived from it – ecumenism, economy and ecology, words whose first element comes from the Greek for house, “oikos.” I want to be clear that although the notion of God’s house is metaphorical, pointing to something I believe about the God of Jesus, the derived disciplines are patterns of human thought and behaviour in this world, which are open to use or question by anyone.

I would like to illustrate the virtue of ecumenism more precisely by referring to a report in the Scottish news today, about Christian responses to the stated intention of the Scottish Government to make illegal the smacking of children. There has been opposition from a body calling itself “The Christian Institute” which claims that the Bible is the inerrant guide to right behaviour and is in favour of the physical chastisement of children.

Now it is true that a few bible texts assume that errring children should be chastised, and that the book of Proverbs explicitly advises it:

Proverbs 23:13
Do not hold back discipline from the child, Although you strike him with the rod, he will not die.

Proverbs 23:14
You shall strike him with the rod and rescue his soul from the house of the dead.

Although this advice is clear enough some believers will question whether it ought to  stand in the light of the example and teaching of Jesus, who especially loved children and made them exemplars of the way to receive God’s rule. This is not a question which has occurred to the Christian Institute, whose fundamentalism isolates biblical texts from each other, and even more from any outside source of criticism. From that standpoint the Institute has denounced the recognition of homosexual people as having equal rights as citizens and has defended the right of believers to discriminate against them.

The virtue of ecumenism is relevant here, because it encourages believers to see their good news about God’s love as intended for all the world, for all communities of human beings; and therefore to distinguish its core message from its cultural accompaniments, rather than retreating into a sectarian insistence on the absolute truth of each item in its own cherished tradition. The classic biblical instances are the quarrel between Jesus and Pharisees over the interpretation of Sabbath legislation, and between St Paul and Jewish Christians on the issue of male circumcision. These show the importance of ecumenical practice which insists that the Sabbath law must be interpreted to include the healing of sick people and foreigners; and the sign of belonging to God’s people designed to include Gentiles. Both Jesus and Paul drew on other biblical material to controvert a narrow sectarian view of God’s will, but also more controversally claimed to act by the Spirit rather than the mere letter of the law.

In the matter of smacking children, the Institute will have some degree of popular support, some of it from brutal people who say smacking never did them any harm, but some of it from good and loving parents who have used  light smacks for the swift correction of dangerous behaviour by children. For sure, there is scope for a debate on such matters, but it is not helped by a sectarian insistence that all the right answers are in one holy book. Those who so insist are not really debating because they are sure they only know the truth. 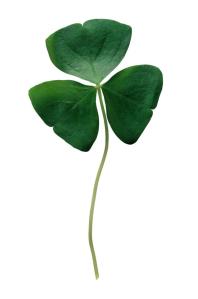 The criterion of ecumenicity is not a recipe for relativism but rather a way of discriminating within a tradition what is essential from what is permissable, and both from what is mistaken. Immanuel Kant advised that only a principle upon which you hoped everyone might act could be a moral imperative. The ecumenical criterion advises that only those items of tradition with which everyone might engage creatively are part of the essential core of Christian faith.

There is a good story which illustrates this balance:

In the so-called dark ages, after the destruction of the western empire, churches in more remote areas developed their own traditions without much control from any centre. This was true in Ireland where the Celtic Churches followed their own customs of worship, community and even their own calendar of festivals. Now it happened that Pope Gregory felt a responsibility for these churches and sent one of his best bishops on a pastoral journey to meet them and teach them true Roman custom if necessary.

One day, alighting from his ship on the west coast of Ireland, the bishop came across three ancient hermits, who greeted him warmly. He asked them what they did, and was pleased to learn that they divided their time between prayer and the care of the poor people of the countryside. “That is good my brothers,” he said, “but how do you pray?”

The bishop was shocked at such ignorance of correct doctrine. “From now on you must never say that, but the Our Father,which I will teach you.”

The old men were all apologies and happy to learn the new prayer from the bishop.

Later that day, after dark, when the bishop had retired to his cabin in his boat, he was urgently summoned on deck by sailors who pointed to a great light approaching the boat from the shore. Gradually the bishop was aware of three holy presences walking on the water towards the boat.  Finally he recognised the three hermits, who were calling to him, “Brother bishop, brother bishop!”

”What is it?” he asked in aamazement as they stood in the sea.

”We can get to Lead us not into temptation, but we’ve forgotten the rest.  Tell us again how to pray!” 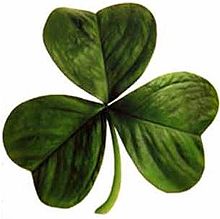 ”Return to your land, my holy brothers,” the bishop replied, “and when you pray, say,’ We are three, you are three, holy is your name’”

That was a true ecumenical answer.