This blog continues my reflections on the church of Scotland and the sexual revolution of the late 20th century in this country.

I should be honest about my own place in the story which I have been telling. I along with most of my friends, just missed the revolution.  By reason of class and age I was part of the last generation to live by the old standards. At least mainly. I would be unjust if I let it be supposed that the church gave me only some unhelpful sexual morality. In fact, the church had been for me a warm and encouraging community in which many adults gave time and creativity to its varied organisations for children and young people. Its Youth Fellowship gave me the opportunity to mix with young men and women and an experience of responsibility for others. The preaching of the church offered me the gospel of God’s forgiveness of my sins, which I received as a precious truth. Like many of my generation, I stuck with the church because it had been good to me.

For my younger contemporaries however, especially those who rejected traditional sexual ethics and contributed to the the changing culture of the 60’s and 70’s, the church was identified with the the past, and with the voice of condemnation. Sadly, the church was good at offering guidance to young people but bad at listening to them. This disabled its occasional attempts, through special youth projects and the like, to understand even its own young people, far less the majority who had no experience of the church. My judgement is that most churches abandoned young people to cope with the huge changes that were taking place in social and interpersonal mores, which issued in the establishment of pre- and extra- marital partnerships as a way of sharing life as well as sex.

Had the churches been willing to listen to young people, they could have provided stable and affectionate support for the adventures of the young. They could have encouraged parents to understand their own children and to give their partnerships a measure of material help. They could have offered the Jesus of the Gospels as someone who only ever condemned self-righteousness, while challenging people to live a tough love. They could have diagnosed the genuine evil of the commercialisation of sex by the market, especially by the expanding youth market and its attendant media. They could have protected young women from fleeing the imposition of marraige and family only to become disposable objects for liberated males. They could have invented special blessings and rites of passage to accompany  key moments in a new timetable of maturity.  In other words, the churches could have played a creative role in social change but chose rather to defend a culture which, although it had Christian elements, was fashioned by a particular class (middle)at a particular time, (postwar Britain) under a particular economy (welfare capitalism).

There are doubtless many ways of analysing this failure. I will use three critical categories which I have developed through my biblical studies: ecumenism, economy and ecology, which all contain the Greek word oikos = house.

ECUMENISM means the practice of acting according to your membership of the OIKUMENE, the inhabited world, and is the opposite of sectarian, which means acting according to your membership of your own group. The first Christians, through St Paul, recognised that faith in Jesus was ecumenical; it could not be limited to Jesus’ fellow Jews, nor defined by Jewish custom and history. This was revolutionary in its time and remains so even in a world where “globalism” is a cliche designed to hide the sectarian interests of the most powerful people on earth. The word ecumenical has been highjacked by the movement for unity amongst churches, but it is much broader than that, encouraging people to see that what they take for granted in their place and time (like circumcision amongst Jewish men) may be utterly meaningless to people in other times and places ( like the first century gentiles visited by St. Paul)

Ecumenical thought is especially aware of the geography and history of the inhabited world, knowing that these often determine beliefs and customs, including one’s own. This does not dissolve its own convictions but increases awareness of their limitations and encourages their further development. Ecumenical custom values contact with people round the world, and obeys the ancient command to welcome strangers. In an era menaced  by sectarian identities it acts on the basis that we all come from this planet. (So far)

I would argue that the church of my childhood was insufficiently ecumenical, imagining that its sexual ethics and its family structures were right for all times and all places, which prevented it, for example, from understanding those of its own Bible. There is nothing in that Bible which limits the number of wives a man may have. Jesus forbade divorce but he did not forbid a man to marry more than one woman. More generally it failed to see the patriarchal nature of its own traditions and the inequality they excused, making it unsympathetic to the arguments of female liberation.

Instead it slid towards a sectarian mode of existence which was insufficiently critical of its own history and of the world in which it ministered, while holding fiercely to its traditions.  This incipient sectarianism disabled its ministry towards young people in a time of rapid social change. Its house was not open to its own children.

ECOMOMY means household management in Greek and has been expanded to mean the management of a national or international budget, including goods amd services,  taxes and pensions. Churches, as well as citizens, live within particular economies, which determine the opportunities open to their citizens, through inherited wealth, paid employment or state benefits. Within the capitalism of western Europe the division of the population into landowners, business and professional people, wage labourers and the unemployed has come into being and continues today. That structure permits individual success and failure but also determines that there shall always be the rich, the adequately remunerated, the poor and the destitute.

The old church aystem of parishes meant that all sorts and conditions of people belonged to the one local church, but the Scottish Disruption of 1843, which brought the Free Church into existence, although evangelically inspired, led to the establishment of many new congregations and the virtual abandonment of the old parishes. In 1929 when the free and established churches reunited, many parishes included only a single class of citizens and  congregations were less aware than previously of the relationship between wealth and family values.

As for example: the relative license in sexual matters granted to the sons of substantial landowners was balanced by strict control over marriage, since that affected the future of the family’s property. The late marriages of the professional classes made possible the lengthy education necessary for their children’s success. As there was no place in the economic system for homosexual people, the moral system also denied their value. The meagre income of many working families put such a continuous pressure on the mother and father, that the marriages  were frequently put at risk.

The church was unaware of these relationships, seeing moral judgements along with their theological underpinnings as separate from practical matters like money, food, clothes or work. In the case of young people it was ignorant of how commercial interests encouraged the developing youth culture to be competetive, for example in sexual attractiveness, in order to generate profits and expand their markets. A church that was more aware of the economy might have helped young people to distinguish between what they wanted and what they were being sold. A church that  had exposed the economic roots of its patriarchal values would have been well-placed to challenge the exploitation of young women endemic in the new sexual culture of All You Need Is Love.

The wise management of a house requires a critical knowledge of the wider economy. 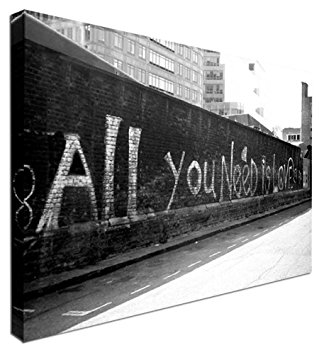 ECOLOGY is a term invented in the 19th century to designate the study of the universe as a home for life. It is concerned with the natural systems that produce, sustain and enhance living beings. It is especially concerned with ecosytems, that is, with the interrelationships of living beings with each other and with the material processes of the planet.

Sex is one of the strategies developed by living beings on earth to secure the survival of species by determining an unpredictable mixture of genetic material in every newborn. The sexual activity of human beings was evolved through the sexual activity of  mammals, birds, fish and even insects. Any genuine understanding of human sexuality must interpret it as the genetically coded result of millions of years of evolution, which has as its primary purpose, the survival of the species.

The fact of self-consciousness in human beings means that sexual activity is not simply instinctual but mediated by human understanding and relationship. It is however, in a way which greatly disturbed St. Augustine, not completely under the control of the human will. An ecological understanding of human sexuality will see it as a meeting place of nature and nurture, of instinct and personality, of compulsion and choice, of mating and love.

Jesus’ understanding of sexuality is thoroughly ecological: “In the beginning God made them male and female….therefore a man shall leave his family and cleave to his wife and the two shall become one flesh.” Human beings share the division of other creatures into male and female. The human male is under compulsion to unite sexually with a woman, and the one flesh of the sexually united couple is blessed by God.

The moral teachings of my church about sex, at the beginning of the 1960’s, were untouched by any ecological wisdom. Instinct, for example, was seen as merely animalistic and therefore bad; there was no appreciation of our animal heritage, or of the wisdom of the species laid down in our genes and the working of our bodies. The sexual discourse of the church emphasised the control of the human will rather than any art by which sex might enhance our capacity to be truly human. Unlike Hinduism (The Kamasutra) or Islam (The Perfumed Garden) Christianity produced no classics on the art of sexual love. Its recognition of the the frailty of human existence and the permanence of salvation led it to neglect the place of humanity in the web of created life.

Along with its younger members the church might have produced a more graceful sexual ethic which valued pleasure and fun but retained a commitment to tenderness and faithfulness between partners as elements of the “one flesh” which Jesus valued. Its failure to do so was due to its lack of ecological understanding. The house of God includes the created world and its processes.

I was a young minister of the church I am criticising and must acknowldege my own share in its failure. Although I was already aware of some of the above, I  failed to make a disciplined analysis of the problem, or to develop, along with others perhaps, a model of the kind of teaching and nurture which was lacking. It is out of a sense of missed opportunity that I offer this analysis now, with a view to offering further crtiques and proposals for the church’s future, based on the three categories I have used in this blog.