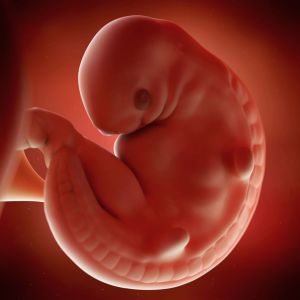 This is the fiftieth anniversary of my licensing as a preacher by the Presbytery of Glasgow.

For the Chief Musician. A Psalm by David. 139

1 Lord, you have searched me,
and you know me.
2 You know my sitting down and my rising up.
You perceive my thoughts from afar.
3 You search out my journeying and my lying down,
and are acquainted with all my ways.
4 For there is not a word on my tongue,
but, see Lord, you know it altogether.
5 You hem me in behind and before.
You have laid your hand on me.
6 This knowledge is beyond me.
It’s lofty.
I can’t attain it.
7 Where could I go from your Spirit?
Or where could I flee from your presence?
8 If I ascend up into heaven, you are there.
If I lie down with the dead, see, you are there!
9 If I take the wings of the dawn,
and land in the westermost parts of the sea;
10 Even there your hand will lead me,
and your right hand will hold me.
11 If I say, “Surely the darkness will overwhelm me;
the light around me will be night”;
12 even the darkness doesn’t hide from you,
but the night shines as the day,
For the darkness is like light to you.
13 You formed my inmost being.
You knit me together in my mother’s womb.
14 I will give thanks to you,
for I am fearfully and wonderfully made.
Your works are wonderful.
My soul knows that very well.
15 My bones were not hidden from you,
when I was made in secret,
woven together in the depths of the earth.
16 Your eyes saw my body.
In your book they were all written,
the days that were ordained for me,
when as yet there were none of them.
17 How precious to me are your thoughts, God!
How vast is their sum!
18 If I would count them, they are more in number than the sand.
When I finish, I am still with you.
19 If only you, God, would kill the wicked.
Get away from me, you bloodthirsty men!
20 For they speak against you wickedly.
Your enemies take your name in vain.
21 Lord, don’t I hate those who hate you?
Am I not grieved with those who rise up against you?
22 I hate them with perfect hatred.
They have become my enemies.
23 Search me, God, and know my heart.
Try me, and know my thoughts.
24 See if there is any path of evil in me,
and lead me in the everlasting way.

In fifty years of ministry I have created some wrong, some small good, and lots of struggling from day to day just doing the job. I have met many remarkable people who didn’t know how remarkable they were and who treated me with great kindness. I have met many troubled people who in the courtesy of their pain permitted me to try to help them. I have also met some for whom God’s grace was the dream-topping on their self-esteem. Overall, however, the church has been better for me than I have been for it.

I set out with a commitment to the gospel of God’s love which has remained with me throughout many changes in my understanding of theological truth, because my own childhood faith was formed by the announcement of that love. It has remained for me the one hiding place from guilt and shame and the familiar locus of repeated fresh starts. It tells me that I am fearfully and wonderfully made and that my life may be encompassed by a knowledge  beyond my understanding. There is a rescuing humour in this faith because althought it insists that I should examine myself and know myself as well as I can, it tells me that such knowledege is partial at best; that only One who is uttterly beyond me has a clear understanding of who I am.

So far, so traditional, I guess. Where my faith is not traditional at all is in my present understanding of the first principle of theology: all Gods are invented by human beings. This is a disgraceful reversal of the tradition Judaeo-Christian theology that all human beings ar invented by God. I mean no more than what is obvious, that all words about God, together with all images, ritual actions and sacred sites, are just as much the produce of human beings as our words and images of heroes. The holy books are the edited record of human beings inventing and re-inventing their gods. Ancient traditions are on the whole not ditched but preserved and re-interpreted in the light of the experiences of the believing community. When a tradition ceases to be edited in this way, it is moribund and will die.

I am not suggesting that this invention of God is proof that  God does not exist. Human beings have also invented motor cars and E =mc2 and they exist. I think “God” is more like the equation than the motor car which is a simply an object constructed by human beings. Clearly the equation can also be seen as an object; but it is also a symbol pointing  to a process which takes place in the universe. At present we consider it an accurate symbol, but it is in principle subject to revision as better evidence becomes available. Am I then saying that “God” is a symbol of some universal process? No, although I think perhaps some historical gods may have been such. The beautiful invocation to Venus at the start of “On the nature of things”, by the Latin poet Lucretius, symbolises her as the universal process of reproduction. But the “God” invented by the Judaeo- Christian tradition, is a symbol of one who is not the universe, but its creator; not a process within the universe but beyond all worlds.

We have some idea of the evidence for Einstein’s equation; what is the evidence for the invention of God? The evidence suggested by the tradition is the universe itself and especially human life within it. God is not the world but is invented as part of human response to the world. People who hold to the invention add their own experience to its story, so that God is not only the God of Abraham but also the God of Isaac, Jacob,  Moses, David, Amos, Isaiah, Jonah and Jesus. For Christian believers like me of course, Jesus is also a member of the Trinity, but he is still a man who invents God; perhaps no one has ever imagined God as fully and radically as Jesus.

Having said all this, I also say that I identify with the words of the psalm which picture God as the one who invented me in my mother’s womb, and who has overseen the course of my life. How can someone invented by me and my tradition oversee my life? Some will answer that the story has become separate from its inventors and influences human thought and life by its imaginative power. Others like me, will say that the best and deepest stories make contact with levels of truth which cannot be accessed any other way, and thereby persuade people to live by them. For me, that has meant that although I have to take responsibility for my God and my Bible as human inventions – and therefore liable to error and correction- I have so entered into their story over the years, that I have become able to put my trust in one who takes responsibility for me.

“I am fearfully and wonderfully made…..”

The psalmist has been there before me and has expressed my trust in better words than mine.

The truth of God, I suggest, is always a mixture of human invention and divine revelation, as can be seen for example in the stories of the resurrection: on the one hand, disciples struggle to invent a new understanding of Jesus as alive; on the other,  the crucified  Jesus persuades them to trust their hopes and risk following Him.

My ministry has been to support Christian communities in living this trust and expressing it in worship. Or, to put it the other way round, to receive God’s love in worship and to obey it in everyday living. I can only say that for me it has been a journey into a reality I have not invented and into a love I have not deserved. There are still paths of evil in me, but I trust that along with my brothers and sisters, I am being led in the everlasting way.