My title phrase was coined by a researcher into the life of bacteria within the human body. I grew up thinking of bacteria as enemies which had to be defeated by washing my hands before eating and after using the lavatory. But modern research has shown that the total number of genes in the human genome – 23, 000- is vastly outnumbered by the millions of bacterial genes in our bodies. The human gut alone contains 40,000 bacterial species and 100 trillion microbial cells. 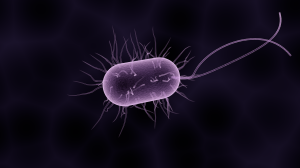 Most of these cause us no harm, while a substantial proportion are beneficial. Research has also shown that bacteria provide maybe a quarter of the earth’s biomass, and occupy some of the most hostile of its environments. Because they are able to share their genes with one another, they can exchange information easily and adapt to change speedily, as we have seen in the emergence of bacteria resistant to antibiotics. Because these creatures are so small we have neglected until recently to study them and their relationship with their environment, including ourselves.

Of course, human beings have reacted to the new wave of bacterial research by latching on to its commercial possibilities. Think of all the so-called probiotic foods which are on sale, especially in the yoghurt aisle of the supermarket, promising with a load of pseudo – scientific gobbledygook to improve the bacterial balance of our guts. It would be a pity however if their exaggerations and misunderstandings put us off considering the results of genuine research.

The role of micro-organisms in the evolution of life is central. First of all they came into being and colonised the very unfriendly environment of the young planet. They did so by cooperation with each other, sharing their different abilities for the common cause of survival. Eventually the sharing cells seem to have joined together in one new kind of the cell named eukaryotic, which is the basis of all multicellular life including homo sapiens. 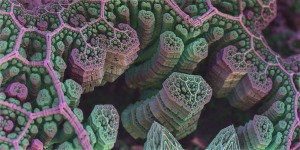 These clever creatures share my life, or maybe I share theirs. Being human includes being a bacterial zoo.

This is a revelation not provided by the first biblical account of creation, in which God’s creation of human beings in his own likeness is separated from the creation of all other life. We can see that account as a theological diagram rather than a description of how God did the job. The second account in Genenis is less exalted: God fashions some dust into a shape and breathes his life into it. Perhaps we can see this dust, a gramme of which contains millions of bacteria, as the source of bacterial life in humans.

The two accounts are not mutually exclusive: the first depicts the making of human beings as similar to the making of stone “likenesses” of themselves by contemporary rulers, to represent their presence in their distant territories; humans are meant to be images of God’s rule on the earth. The second depicts the actual origin of human beings, as of all beings, from the dust, the fertile dust of the planet, reminding men and women of all they share with the planet and its other life. Indeed the Genesis story tells how germane this reminder is, as it shows how human arrogance leads to expulsion from God’s garden into the familiar harshness of the world we inhabit, and threatens to make it uninhabitable.

Although I have responsibility to represent the rule  of God in the world, along with a range of skills which enable me to do so, I am also a composite creature, made of the soil of earth, sharing the life of innumerable tiny creatures. The latest science joins the Bible in directing me to a wise humility ( Latin: humus =dust), to realise the intimate ecology of my existence: I  am a shared life, whose continued health depends on my partners. I cannot simply be or do anything I want without an understanding of my place in the web of life. And the life I share is not only inside me, it does not end at my fingertips: my very breath is an exchange with the planet, and if I pollute it, I pollute myself. 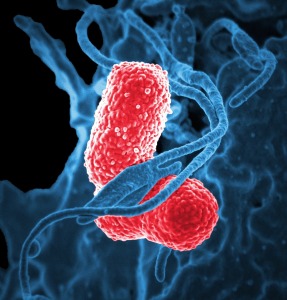 This “dustiness” does not negate the revelation that I am made in the image of God, for God is the life which humbly shares itself with all creation; nor does it exempt me from the duty of representing God’s rule, which persuades all creation towards the perfection of shared goodnesss. Me and my microbes are called to cooperate.