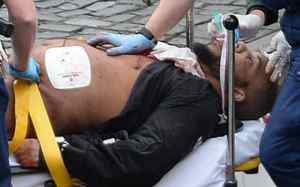 The suicide killer leaves his story to be told by others. In the case of the man who killed four people in London this week, and seriously injured many others, his story has already been appropriated by IS, with little justification, and will doubtless be pieced together by the British security agencies in time. We tend to think that acts of suicidal killing demand an explanatory story, as they are otherwise incomprehensible.

Before I speculate on the possible back story of the London killer, it’s good to put this killing in context. More people will have been killed this week in Britain by bad driving, than by him; and more will be killed next week. This week also has seen at least a hundred civilians killed in Mosul by the coalition of which we and the USA are part. Probably most British citzens along with the British Press will be far more aware of the London killings, than the others mentioned here. They have nevertheless their own stories of which it is worth reminding ourselves.

We sell motor vehicles by telling a story about power and speed. Yes, comfort, efficiency and reliability have also a place, but the dominant car story is the promise of greater power and speed than someone else. Given this aggressive story it’s not surprising that many people drive aggressively, and in some cases without much concern for the lives of others. This story also governs the reaction of our society to the usual killings on the road: we accept it as a normal aspect of our life-style, and are only seriuously condemnatory when the killing is especially blameworthy through drink or drugs or rage. These are our kind of killers.

The same is true of the “accidental” killing of civilians in war. We dismiss some as inevitable accompaniments of war, others as the kind of mistake which is all too easily made by people under great pressure. We understand that at times, our armed forces will break the Geneva Convention, because they are themselves traumatised by persistent violence, as in the case of a the successful appeal of a British soldier last week against his conviction for murder. We tell a story about our duty to intervene in troubled parts of the world to bring peace and good government, and view the service men and women we send into these places as heroic police rather than as killers. Thus the killing of a wounded enemy with the words, “shuffle off this mortal coil you cunt” was seen as proof of trauma rather than brutality. All such killings are part of the British story of moral intervention in an evil world, rather than a more truthful story of protecting what we regard as our national interest by violence in distant places. These too are our kind of killers.

Suicidal killers, especially if they are apparently Muslim, are not our kind of killer, because we see them as “radicalised” by a story told by fundamentalist groups of how Britain has been part of a long-term war on Islamic peoples, against which the only protection is jihad which offers its martyrs the immediate reward of heaven. Certainly the theology of IS includes this story.

In all these cases however we can see that a persuasive story intersects with individual character in a way which leads to, if it does not always justify, violence. The army commander who wants to minimise casualties to his own troops while furthering his career, may with the help of a story of our heroic intervention for the sake of humanity, decide that totally destructive bombardment of premises which probably shelter civilians, is justified.  The young driver may already feel annoyed to be overtaken, but the macho motor car story that tells him he is a wimp if he doesn’t respond may make carnage more likely. The black man who feels the pain of racial prejudice in Britain, may be emboldened by the narrative of Islamic jihad, to enjoy brutal violence to his fellow citizens, and even to relish his own death.

Notice that the effect of the story is to persuade the actor that violence towards another human being is not only not wrong but in fact positively virtuous. The violent competetiveness of the driver, the callousness of the soldier, the the bitter resentment of someone who has been the object of prejudice, these exist anyway; they are not called into being by the story. Rather, the story directs and justifies their expression. The specific mood of the stories is entitlement: the actor is assured that he is entitled to be violent. Something that might have been a bad but containable impulse, becomes a course of action that can be defended.

I make no apology for contrasting people who use violence to others, with the gentle people, the “meek” blessed by Jesus as those who will inherit the holy land rather than the Jewish jihadists of Jesus’ day. They are also given a story; in this case one which encourages them to trust God and to walk softly. It is a story about a fatherly God who makes his sun rise on the just and the unjust and sends his rain on the good and the bad alike. To be a true child of such a God involves treating other people as his children too and rejecting the persuasive narratives of hatred or indifference. Indeed the Gospel story of the leader who endures brutality without hatred, is a powerful encouragement to the decent, small, gentle people who are the salt of the earth. They are not wimps but have learned to channel their aggression into the arts of peace.

We may celebrate the conversion of a person from violence to such arts, as in the case of St Paul or the late Martin McGuinness, but we may guess that in both cases they were turned from  violence as much by the quiet, enduring, courageous gentleness of some of their victims, as by the attractions of peace. The stories of such victims, along with that of Jesus, are the ones we need to tell, as publicly as possible. The human experiences which lead to violent impulses will always be present in people, but with the help of good stories rather than bad, they may sometimes be contained and used to fuel the struggle for justice and peace.