For the last fortnight I hve been privileged to watch a woman dying.  She was my cousin’s partner but I barely knew her, having just once shared a meal with her. i had an impression of a lively, outgoing sort of person, but no idea that she was the great spirit who revealed herself to all who came to see her in these last days. She ruled the room with grace and humour, setting the tone of conversations which were affectionate and life-affirming. 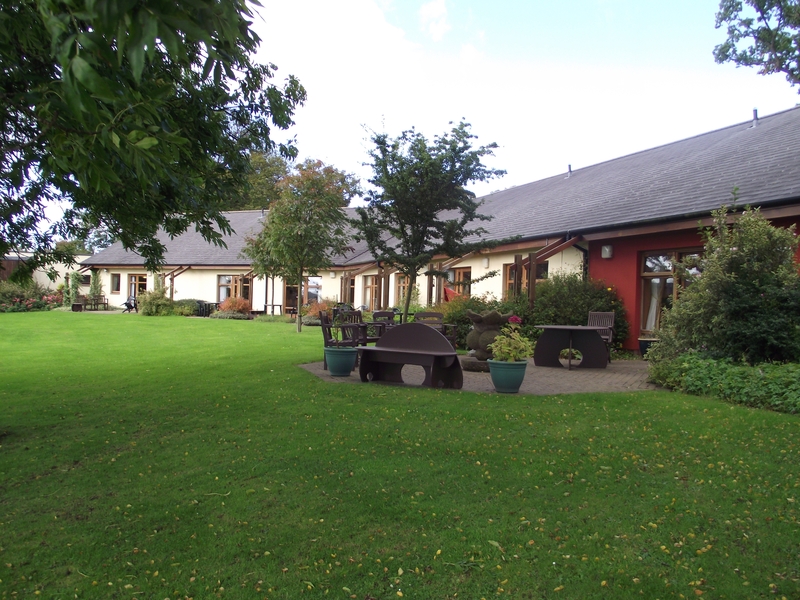 She was able to do so because she was in Roxburghe House, Dundee, an NHS hospice, which offers palliative care to patients for whom no further curative interventions are possible. Prior to her admission she had been in distress due to pain and weariness, but once there, with efficient pain control and skillled nursing, she was set free to be herself, until the final few days of her life when she was mainly unconscious. Because she was fully herself, her family and friends were able to respond in kind, offering her the distinctive inventiveness of their own love.

Because I was an occasional intruder into these gatherings,  and because I have a professional interest, I was reminded again of what an extraordinary combination of good things is provided by the staff: rigorously scientific care, meticulously delivered; tender nurses; companionable ward cleaners; cheerful auxilaries; decent facilities for visitors; robust humour, quiet attentiveness, affectionate cuddles; above all a compassionate realism about dying. Not only does the unit have a good philosophy, it puts it into practice effectively and with such a rich humanity, that those who have received it express astonishment as well as gratitude.

All of us will die. Here is a way of doing it that enhances rather than diminshes our humanity; and it’s a team effort in which everyone, including the dying person, plays their part. I believe that this quality of terminal care should be available to everybody. If it were, many of the issues which lead people to demand the “right to die” would arise less frequently. It would not of course deal with the issues of people who have to suffer long-term incapacity and indignity, nor of those who are in so-called vegetative states. But it would, I think, meet the requirements of those who want a “good death.”

There is behind some of the impatience with our present laws, a notion that as soon as  it is impossible for a person to be active, meaning to work, play and consume, they should be able to die, because they no longer have any “quality of life.” The assumption is that auffering, because it is passive, has no value. It seems clear to me fhat with the kind of care offered at Roxburghe House, patients can at times be active, their courage and endurance can be expressed, their dying can be filled with  their characteristic life.

There are indeed legal issues about dying with which I hope our society will grapple, but I consider that the philosophy and practice of hospice care, if extended throughout  society, could set the bench mark of an experience of dying that is comfortable, peaceful, heroic if you dare , angry if you want, funny if you will, and distinctively human, all with the help of a therapeutic community that reminds us mortal creatures, that we can sometimes be glorious.