The guilty verdict and life sentence passed today on Thomas Mair, for the murder of Jo Cox MP, brings sombre thoughts, not least because rhe murderer shares my surname and nationality. There is something about the face to face stabbing amd shooting of a defenceless person which seems particularly barbaric, although I know that targeted drone strikes are in fact worse. Any butchering of a human being for political reasons diminishes us all.

The crime occurred in the middle of a verbally violent referendum during which certain politicians and newspapers focused on immigrants to the UK in a way that reflected and encouraged the hate felt by significant numbers of citizens towards foreigners. Thomas Mair had studied neo-nazi and other racist propaganda online, but it is reasonable to ask if the public expression of anti- immigrant propaganda by mainstream politicians and newspapers may not have allowed Mair to think that his perverted nationalism was justifiable or even praiseworthy.

The national newspapers especially guilty, namely the Daily Mail and the Daily Express, will of course indignantly deny any responsibility at all, which is what I would expect from irresponsible journalists, and will argue that any restriction on their mendacious propaganda would be be an assault on the freedom of the press. 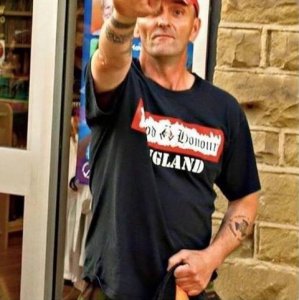 I am reminded of Dr Johnson’s riposte to the supporters of American independence. “How is it,” he enquired, “that we hear the loudest yelps for liberty coming from the drivers of negroes?”

How is it, I would ask, that we hear the loudest yelps for freedom of speech coming from those who demand the silencing of “radical narratives” and of the propagation of “non-British values”. I certainly have no sympathy for the so-called “hate preachers,” who encourage gullible young men into risks they do not take themselves and into atrocities that the noble Qur’an condemns. But the same analysis that links Islamic hate speech with Islamic atrocities, must also link nationalist hate speech with nationalist atrocities such as the murder of Jo Cox.

Of course, hate speech of all kinds is readily available on the internet. Some would argue that as we cannot control what is communicated online, there is no point in controlling the content of newspapers. I disagree. I think that whatever is openly displayed for public use should be subject to a prohibition of language that arouses hatred or degrades any citizen. Applying such a law to internet as well as newspapers TV and Radio may be difficult but surely not impossible.

A public prohibition of abusive language including serious swearing, in all media, would be an assertion of courtesy and reason and a refusal of brutal irrationality. It would go against the bullying spirit of our time, but might be none the worse for that. It would also implement the teaching of Jesus: 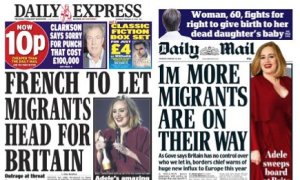 Jesus knew the connection between verbal abuse and violence. A stricter law against hate speech in all media might be a fitting memorial to Jo Cox.