This blog has been neglected somewhat in favour of my bible blog, emmock.com where I’ve been struggling with the task of translating St. Paul. Mind you, I was also on holiday, for five days, with my wife and daughter, in Ullapool. Over many years we’ve visted this town, stayed in a variety of holidau cottages, and loved the town, both for its 18th century gentility poised amidst such splendid hills and water, and for its easy access to those waters and those hills. Those who have never seen the hills of Coigach and Assynt will find it impossible to envisgage these extraordinary, individual, separate rock sculptures, strange cliffs and filigrees of sandstone perched on top of the oldest rock in the world, gneiss. 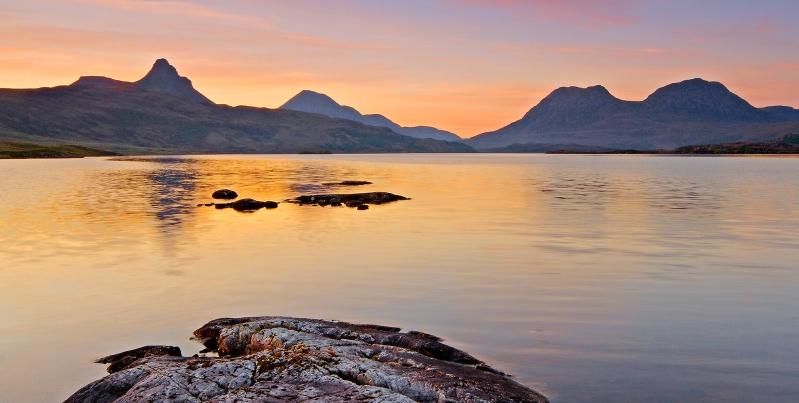 I’ve climbed most of them, some of them many times, by myself or with my daughter,   relishing the particular architecture of each, the flora and fauna they share and the different human response drawn by each of them from me. The person who trudges up Cul Mor is not the same as the one capering on the pinnacles of Stac Pollaidh.

Stac Pollaidh….yes, when its improbable shape was first glimpsed by us this time, my daughter asked, “D’ you think it looks a bit smaller?” I thought maybe it did, while reflecting that whatever we think, it is getting smaller under the persistent erosion of   frost, snow, wind, rain, sunshine, as well as of the movement of creatures large and small, and the battering of human boots. One day in this world, it will be geological history, worn down to the level of the land. I’m glad I won’t be there. 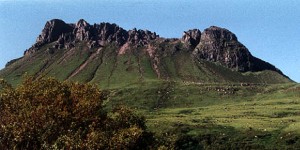 Later I remembered that the first time I climbed it, I was a student, not yet working, unmarried, carelessly strong. I envy that young man the spring in his footsteps, his easy energy. I still share his sense of walking into miracles on every trek. Yet how much arrogant nonsense was in his head that required the erosion of years and experience to reduce to common sense! That recognition of loss of energy and a small gain in wisdom, makes me long to go back, to relive past splendours and excise past follies and crimes, to hear once more that music, to silence that idiot boasting, to be there for the one in need rather than avoiding them.

I realised that not only the mountain changes but also the person looking at it; and that just as surely as the mountain, this person will crumble to nothingness. In the great spaces, with their capacity to clear our minds, time becomes real, the impermanence of the world is evident. Thich Nhat Hanh, the Buddhist teacher, reminds us that impermanence is life; nothing can be born, grow and flourish without impermanence. He counsels us to get used to it and enjoy it. That doesn’t sound very Scottish to me; why not get used to it and girn about it? 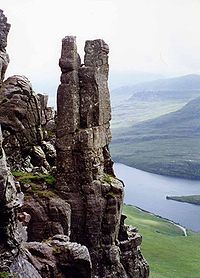 One of Scotland’s great poets was born in Assynt and kept coming back to it. Norman McCaig wrote many poems about the hills of Assynt and their creatures including homo sapiens. Here he is, saying succinctly what I’ve been blethering about:

Everything’s different now from what

at a thing I’ve known for years

they haven’t changed a bit.

Do you hear my voice faltering?

Do you see the moistness in my eyes?

and kills another – sameness,

and torments us all

Yes, how does he get the words to march so well together? 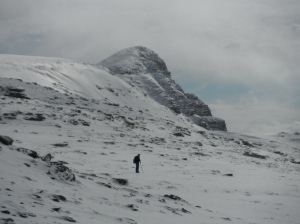 But maybe he asssumed that we all love sameness, because change is ultimately destructive. But when I think precisely about my own feelings, I want to say that I am attracted to sameness, but I love change. My Christian tradition tells me that God is the spirit of change, because God is the spirit of life, that in its grace and ruthlessness, continues,  in this world and beyond, the process of God’s evolving creation,  the erosion and rebuilding of all things. That too is something I need to get used to, and girn about.