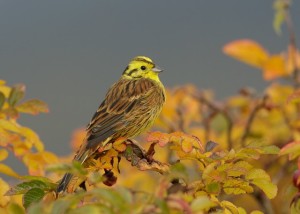 As I lumber round my favourite running route, through the Angus farmland, I recognise groups of Yellowhammers exploding from hedgerows to play hide and seek with me, disappearing and reappearing up ahead. They do so because they know I’m an animal and will inevitably stir up insects for them to eat. Their yellow heads and necks glitter in the sunlight.

How could there not be yellowhammers in heaven? Could I learn to love angels as much as I love these birds? I doubt it.

Why is it important to ask the question about animals and heaven?

It matters firstly because it serves to expose inherent difficulties about this Christian doctrine. I realise why it was important to John Calvin to minimise the number of people who might make it there. Our imagination of heaven works much more easily if we think of it as a reasonably private club; for as soon as we extend its membership to Tom Dick and Harry, the staggering numbers involved make it seem less desirable and more ridiculous. If we were also to open membership to Rover, Puss and Pretty Boy, the sense of potential overcrowding becomes undeniable, and we begin to appreciate the value of death as an elegant way of limiting the sheer numbers of creatures. 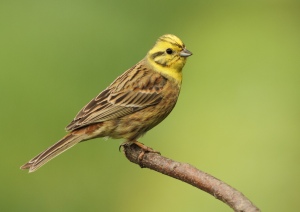 At this point it is useful to pay attention to the teaching of Jesus, that heaven is not a continuation of earth; its inhabitants neither”marry nor are given in marriage, but are as the angels”, that is, they share the life of God,  in whom worldly maths and marriage no longer count. This is not the most popular of Jesus’ teachings, as many hope they will be re-united with their loved ones, but it is a useful corrective to sentimentality.

” But surely your idea of animals in heaven is gross sentimentality!” some reader will protest. That objection brings me to the second reason why this issue strikes me as important. It affects the Christian doctrine of the image of God, which is granted to men and women but not to animals. This doctrine suits the common sense view of animals in the developed world. It also rests on a pre- Darwinian understanding of the creation of human beings by God as the instant making of beings which were like himself and not like the animals. As soon as I begin to put together what I believe about God and what I know of evolutionary science, it becomes much harder to apply this doctrine. If indeed what we call human beings evolved over millions of years from unicellular animals, at what point in this process did they receive the likeness of God? As hominids, as Neanderthals, as Homo Erectus, as Homo Sapiens, and if the last, does that mean that evolution has ceased? The questioning exposes the fact that although our science still sees different species, it also draws attention to the ecosystems in which these are embedded, and without which they cannot survive. The separateness of Homo sapiens may have been greatly exaggerated: we cannot survive without the bacteria in our guts or the oxygen we get from the trees.

With this in mind, we might look for a more comprehensive and cooperative doctrine of the image of God, which views it as an emergent quality of the universal ecosystem rather than of a single species. I say universal in the expectation that we will discover life elsewhere in the universe. I cannot pretend that this would not be a major change in theology, nor that I can even begin to sketch an ecological doctrine of the image of God, but I am fully convinced that such a change is required by mere fidelity to facts. As it happens, I also find it congenial to my own experience of the world, which tells me that contrary to the teaching of Jesus, I am not “more valuable than many birds”. I am more intelligent, more complex, more dangerous, but not more valuable.

In crude terms, the biblical heaven is a temporary residence until the day when God will make “new heavens and a new earth.” The book of Revelation tells us there will be water and trees (albeit no seas!) in that new earth. Perhaps this is the Bible’s own hint that the final expression of God’s goodness will include all his creatures.