“Until now philosophers have only interpreted the world; the point is, to change it.”

I think Jesus might have agreed with this remark of Karl Marx. After all, his main interest was what he called the “rule of God” which the gospel writer Matthew interpreted as, ” your will being done on earth as it is in heaven”. Jesus’ public ministry of healing the sick and restoring the outcast, was his demonstration of the change required by God. There is almost nothing in the teaching of Jesus which provides an interpretation of the world or encourages followers to imagine that such a thing is important; nor does he construct a religious system whose rituals offer a way of living with the holiness of God. In fact, it’s difficult to find anything in the practice of Jesus or of the first churches that justifies the creation of Christianity as a religion. Jesus wanted his followers to cooperate with God in chanelling his/her goodness into the world. 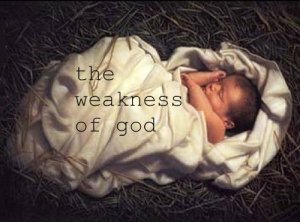 Karl Marx provided an analysis of capitalist injustice so that his followers would know what sort of revolution was required. For Jesus, that work had already been done by the lawgivers and prophets of Israel. Their intuitions of the goodness of God and the evils of humanity gave him a vision of what God’s rule could be. Other groups in his society were inspired by the same tradition but had different views about how they should use it. Pharisees believed that a meticulous communal adherence to the laws of God would be Israel’s salvation. The Priestly cast believed that the temple  cult with its rituals offered the people an accommodation with God’s holiness. The Zealot party believed that God’s Rule should be established by holy war against the infidel Romans, and by strict rejection of the liberal customs of Greek society.

It’s interesting, however, that none of these groups believed that God would impose his rule by supernatural force. Some of them doubtless shared the hope of apocalyptic writers that, in the end time, God would impose his justice, rewarding the faithful and punishing the infidel. Many of them probably shared the hope that God would provide an anointed leader, the Messiah, who would establish his rule on earth. But all of them believed firmly that there were human actions that would assist God’s Rule. This reluctance to expect too much of God is typical of the Jewish tradition of belief. Yes, God is the only God, the creator of the universe, before whom other Gods are mere human constructs, but no, he will not bring his goodness to the world without the help of his human people, his Israel. What St Paul calls the weakness and foolishness of God had already been glimpsed by the realism of the Jewish tradition that nurtured him. But who wants a God who needs human help?

Jesus accepted that God needed human help, but he differed from his contemporaries in believing that God was all goodness, wholly committed to his creatures, and that all of this goodness was available to human beings to import into their lives and into the world. God would do nothing without human beings but he would enable human beings to do all goodness now. God was not so concerned about human sin that he wanted an elaborate religion of forgiveness; he was ready to forgive all sins for the sake of the goodness that might be enjoyed and communicated by one person who had turned towards God. God’s law was good if it introduced people to the goodness of God but bad if it became a substitute or God. The vigorous struggle against worldly powers in the name of God’s Rule was good if it was done in God’s character, but bad if it imagined that God did not love his enemies.

For Jesus, God is, one the one hand, everything: God is all goodness. On the other hand, God is nothing: God will do nothing without human help. Overflowing generosity on the one hand; utter refusal to intervene, on the other. I think it’s reasonable to claim that the urgency of Jesus’ announcement and demonstration of God’s Rule expresses this double conviction. From the outset Jesus knew that God had ‘abandoned’ the world by refusing to interfere other than through the offer of his usable goodness. Therefore he, Jesus, had to use it, here, now, for all, and teach others to do the same.

I was writing earlier in the week about God’s “abandonment” of my youngest brother, still dangerously ill in hospital, but having been to visit him in the liver transplant unit of the Royal Edinburgh Hospital, I have seen those to whom God has abandoned him, namely the wonderfully kind and skilled medical teams there. Our medicine has grown on the basis that God will not heal people on his/her own, but has made available the spiritual, material and intellectual resources for human beings to discover and use. Although science often imagines itself in opposition to faith,  I think it’s no accident that it was born in parts of the world influenced by the tradition of Jesus.

This is an irreligious faith that changes the world for the better.