I  love a Spanish- American hymn for use in the Eucharist:

Holy, holy, holy, my heart adores you; my heart knows how to tell you,’You are holy, Lord” 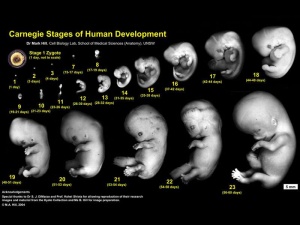 I have been arguing in recent blogs, that although the human intelligence is a pointer to its creator, it must not be narrowly conceived as merely mind, but crucially as the heart  also, the maker of relationships. For it is through the opening up of individual life to other life that the processes of evolutionary and spiritual growth take place. The creative spirit of God, I have suggested, is to be found at work in what Christianity calls “communion”, that is, in the place where individual identities are joyfully, if painfully, surrendered so that separate existence is fulfilled in “inter-being”, a term borrowed from Buddhist teacher Thich Nhat Hanh. This thinking suggests that God’s spirit is present in the processes of evolution, but insists that certain misunderstandings have to be avoided:

Some readers will have noticed that I have left unanswered a crucial question:

What do I mean by the spirit’s “presence” in evolutionary or spiritual development?

Is it a force of some kind? A supernatural influence? An unsubstantial gloop that is somehow real?

Somewhere in my writings, ( I can’t find it for the moment!) I described a “house of God” as a being or community of beings from which God is absent as a mother is absent from the womb that contains her child. Remember, this is a metaphor! But:

The inclusive, interdependent, developmental presence of the mother to the embryo is my model for the presence of God’s spirit in the life of the universe. It could be described as purposeful communion.

This is already more than enough. I will continue this exploration on future blogs.