The other morning I had a phone call from an old friend Dennis Nicol, whose name will probably be unknown to most of my readers. He was on his way back to his home in Aberdeen from vital development work in Africa, where he had been offering his very practical entrepreneurial skills as a volunteer. I first met him when as along with others I formed a voluntary agency called Instant Neighbour, designed to use the skills of unemployed people in Aberdeen to assist its most vulnerable citizens. Dennis was employed as the manger and development officer of this project, which is still at work today, largely due to his genius for invention, hard work, and total respect for people in need. 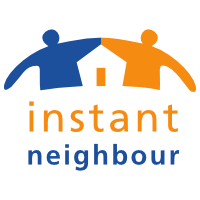 He is only one of a vast army of people I know in Scotland who have spent significant parts of their lives working for charitable agencies, not to mention the very many people, especially in retirement, who work as volunteers for the same agencies.

At Christmastime I am deluged with appeals from charities that want my support. I am a habitual supporter of Medicins Sans Frontieres, Shelter, Amnesty, and Christian Aid. But I also give gladly to the local charities whose people engage me in the street and in supermarkets. Just this week I met for the first time representatives of a small Dundee charity that provides spectacular holidays for terminally ill children. Some may ask if that is really a priority, but I am simply impressed by the humanity and energy that gets something like that off the ground. There’s also something gallus and politically incorrect about it, that seems to me distinctively Scottish. 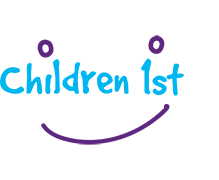 Scotland has a spectacular number of charitable agencies for a small nation and its citizens give a bigger proportion of their incomes to charity than any other part of the U.K., except maybe Northern Ireland. Who can say what influence this kind of wealth has on the quality of life in Scotland, and on the social ethics of its people? I’m sure that a little of the kindness, bloody minded determination and social vision of these agencies rubs off on the consciences of many citizens.

I am a socialist who believes in the welfare state, but who knows that the quantity and quality of state provision must be supplemented by many different kinds of charitable work that is not owned by the state. There has been and still is here a continual, critical, relationship between the state and the charitable sectors.

I think people should be more aware than perhaps they are of the extraordinary richness of charitable provision in and through my nation. We may not have a world class football team these days but our charities are world class! You don’t think so? Who d’ye think you’re talking about, pal? Want tae argue? Anyway if you are unfortunate enough to come from somewhere else and think you do it better – tell me about it, and I’ll celebrate your achievements as well.

That’s why a report this week on the very large salaries being paid to the CEO’s of some charities, even in Scotland, is a warning. The greed of sinful human beings and the sense of entitlement inculcated by capitalist society endanger even the best of people and institutions. Highlighting the true wealth of charitable agencies is one way of guarding them against corruption.