In all truth I should rule myself out of commenting on primarily Roman Catholic affairs. I am after all an unrepentant Prod, loving and hating the Great Whore of Babylon in almost equal measure. I love its universal membership but hate the fact that it remains Roman, with all the centralisation of power which that entails. I love so many of its priests while hating the fact that none of them are women. I love the matter-of-factness of its worship, with its emphasis, not on emotion, nor intellectual understanding, nor perfect liturgy, but on the routine offering of a miracle in the mass, while hating the the rule that only priests can perform it. I love its Fathers, Doctors and Theologians while hating its inquisitors, ancient and modern….Still, would there be any point in being a Prod if the Roman Catholic Church did not exist? 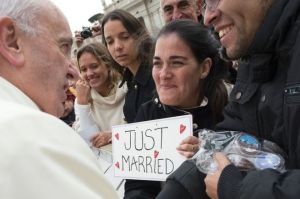 In my lifetime it has however made the most significant reforms of any Christian church, in the revolutionary changes pioneered by Pope John 23rd and the Vatican Council. It seems Pope Francis wants to continue the reforming spirit of Pope John, but without the massive organisational effort of a Council. Rather he has consulted both clergy and laity on matters connected with family life and has now issued his guidance.

It makes no doctrinal changes and requires no obedience to changes in practice. Instead, he leaves the people of the church at the mercy of the very bishops who have opposed his thinking. This is paraded as localism and respect for the catholicity of the church, but it is transparently a retreat from serious engagement with the issues of divorce, abortion and homosexuality. On these matters it would appear that Pope Francis has nothing to say but a reaffirmation of traditional teaching coupled with a request that clergy should apply it in a merciful fashion. This leaves, for example, homophobic African bishops free to denounce gays as abominable and to support their nations’ persecution of them by punitive laws. It leaves the male hierarchy of Scotland, already terminally tarnished by their record on sexual abuse, to rule on matters of safeguarding children. 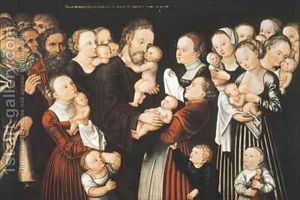 There are different abuses and excesses in the Catholic Church’s care of family life in the different cultures it serves, many issuing from the dominant powers within these cultures. What is required is a strong and authoritative declaration of doctrine and consequent practice, which expects obedience rather than debate. In others words, just when a Pope might have seemed a good thing, he has vanished, selling his birthright of authority for a mess of pieties about mercy.

I remain very doubtful whether Papal authority can ever be good, leaning as I do towards more democratic ways of taking decisions, such as are used in the reformed churches. But given the prolonged and agonising debate in my own church about homosexual  ministers, which has issued in the most obviously prejudicial rules for electing ministers in civil partnerships that the any homophobe could desire, I have longed at times for the clarity of a single authoritative voice that could say, “Do this now. Or else.” 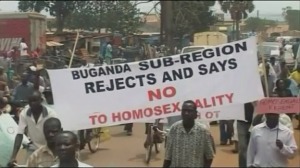 As Jesus did. It’s easy to forget that Jesus’  mercy was often communicated in commands, judgements or actions that brooked no contradiction. There has been something heroic in the Catholic resistance to any dilution of the teaching of Jesus on marriage, although I think their interpretation of it is wrong. If only the Pope could have mustered an equivalent heroism in standing for justice to divorced people, to pregnant women as well as to foetuses, to men and women whose sexual orientation, is not hetero, and to children everywhere. I do not mean that he should accept the views of western liberals in these matters, but rather that he could contribute something fresh, severe and liberating that would express the character of Jesus.

Oh well, if the Pope won’t do it, us Prods’ll just have to see what we can manage.

To all my fellow believers of all churches, and to the Holy Father, pax vobiscum.